My maturity has changed 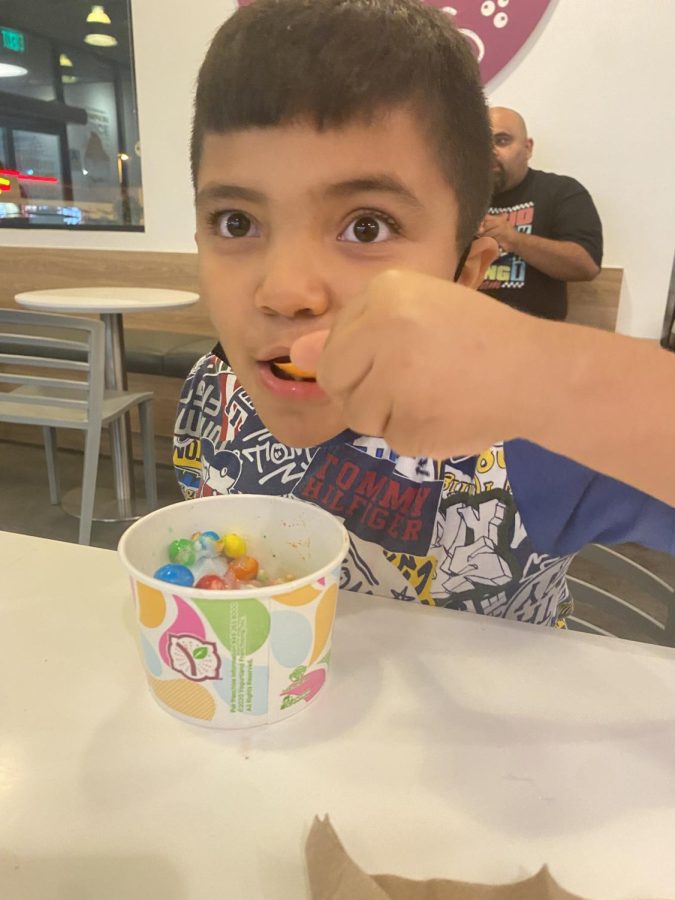 My cousin and his parents taking me to Yogurtland.

Being a sixth grader when school had to shut down for two weeks had me very excited. Little did I know that soon those two weeks would turn into months, later then into a year. Growing up during those two years had me feel the only thing important was school–I was cut off from friends, social media, and other distractions which was lonely. I was not able to express excitement with others or have fun during quarantine. I knew that soon enough I would’ve been serious about my work coming back to school and would worry more about that than my social life. In the following will be pictures of times that somewhat kept me entertained.