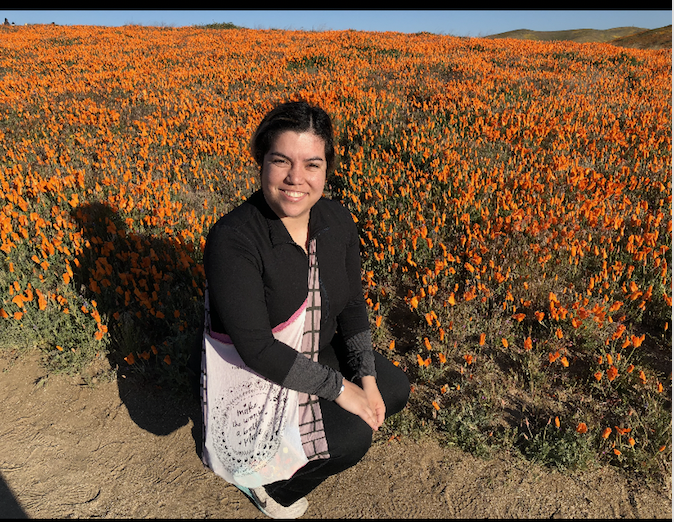 A superbloom is spreading all throughout Southern California.

A superbloom is a rare event when wildflowers bloom after it rains. In California it has been raining for a couple of months now, causing flowers to spread in California. The last time this happened was in 2016.

Not many people know what the super bloom is. This is because California is known for being in a drought. People who live in California are visiting the blooms and taking pictures to capture this rare moment. The flowers are expected to be here until the end of April.

Victoria Arenas, an eighth grader, didn’t know that this event was occurring.

“Oh… no I don’t know about the superbloom, but I would go because you are out in the nature. I would go when it is not to hot , and I will prepare to go and visit. I want to see how pretty the flowers are and in California we don’t see bright colorful flowers everyday,” said Victoria.

Student don’t know about the super bloom but they would like to go visit because it something new happening in California.

“Yeah… why not. It actually sounds pretty interesting.It would be nice because I don’t see flowers,” said Jessica.

“If I go visit the flowers, I can go take nice pictures and it would make it will look like we are in a tropical place and make more people want to visit the colorful flowers,” said Emely.

Sarah Cardenas, an eighth grader, said, “The bright colors of the flowers and the large landscape interest me because you usually don’t see this many flowers, especially in very healthy conditions,” said Sarah.

IIse Gonzalez-Soto, science teacher, went to go visit the superbloom during the weekend.

“For me it was mostly like heaven. I mean I don’t know what heaven looks like, but whenever I picture heaven, I picture flowers and this beautiful blue sky,” said Gonzalez.