The public responds to the Gabriel Fernandez case 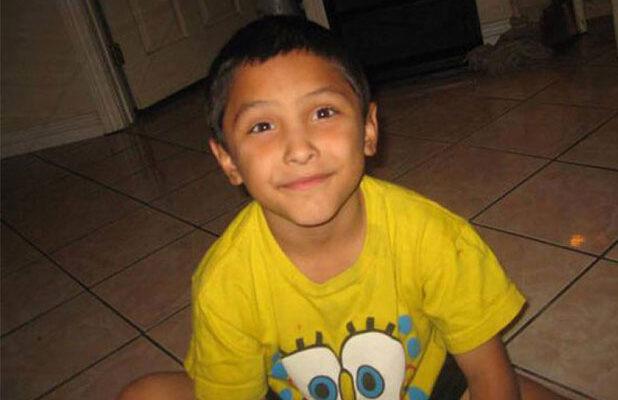 The residents of LA County are still in shock after the murder of eight year old Gabriel Fernandez.

His mother’s boyfriend, Isauro Aguire, says he killed Gabriel in a blind rage. However, many don’t believe him, as Gabriel’s abuse had been going on for years before his murder. There was evidence of BB gunshot wounds on his genitals, cat litter in his stomach, and his skull was left with the consistency of Rice Krispies. His cause of death: blunt force trauma.

“Those pictures will forever be embedded in my mind,” said his cousin, Emily Carranza in an interview with The Sun News, after reviewing the injuries left on her cousin’s body.

Many sources say that Isauro was a kind man before he met Pearl, Gabriel’s mother. But after meeting her, his whole demeanor changed.

“I think he’s full of (explicit)! He’s just trying to make excuses and make it seem like this was a one-time thing when this was going on long before,” reports Anayeli Benavidez, a medical assistant for Health Care Partners, who has watched not only the Netflix series but also was very invested with the case when it first got attention.

The majority of the public who has heard of this case believe that Pearl Fernandez should have also gotten the death penalty, though others believe that both Pearl and Isauro should spend their lives in prison. Apparently, Isauro is trying to appeal his death penalty.

“Even if he does get out of it (death row) he will still be killed when he gets to GP (general population) since everyone knows what he’s done. … They don’t deserve to live and get the privileges that prison gives them. Killers should be killed,” reports Israel Benavidez, a father of two who has seen the effects of this case from the Netflix original series and watched multiple videos going further into detail about the case.

There was also speculation that Gabriel was homosexual, which is why Isauro and Pearl would dress him up in dresses and feminine clothing; even going to the extent of making him go to school dressed like that.

Anayeli was asked what that experience could do to a young boy. She had this to say: “It would definitely have a negative effect. He would become a victim of bullying and end up feeling ashamed, embarrassed, and insecure.”

Both individuals are parents and are deeply saddened to see the effect of abuse and lack of aid from social services. Today Gabriel would be 14 years old. He had his whole life to live but it was, sadly, cut short. Those who have seen the extent of this case hope that this event will allow for DCFS to fix the flaws in its system, like for example scheduling more check-ins at the household and taking what the children say into consideration. Even the smallest details can make a huge difference.